What the budget 2013 means for you 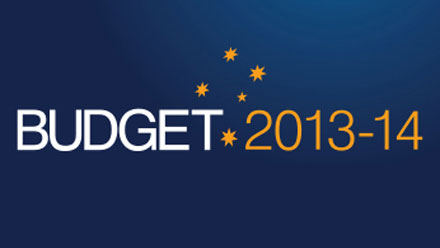 Significant changes that will impact on individuals.

The big news item is a 0.5 per cent increase in the Medicare levy to fund the National Disability Insurance Scheme. Under the proposal, the levy will increase from 1.5 per cent to 2 per cent from 1 July 2014, costing Australians an average of $1 more a day to fund the NDIS. The legislation is set to be introduced into Parliament soon after the Budget and enacted during the current winter session of Parliament.

Although individual income tax rates have remained unchanged, changes that were due to apply from 1 July 2015 have been deferred. Initially, the tax free threshold was set to increase from $18,200 to $19,400. The current legislated rates applicable for the 2013/14 income year are set to remain in place until 2017/18.

The Government announced a phase out of the net medical expenses tax offset (NMETO). The tax offset will be available until 1 July 2019, with transitional arrangements in place for those currently claiming the offset.

Leading up to the Budget, the Government announced an annual cap of $2,000 per person is to apply from 1 July 2014 for self-education expenses.

Concessional contributions caps have increased and are as follows:

The Government has also abandoned a previous policy of increasing the concessional contributions limit to $50,000 for those with less than $500,000 accumulated in superannuation as there were issues with the complexity of the system.

In a pre-budget proposal, the introduction of a $100,000 cap is to be applied per member, on the tax exempt income that may be claimed by superannuation funds paying pensions.

The cap will commence from 1 July 2014, with members with income over this cap set to pay 15 per cent on the excess.

These are significant changes to the current tax legislation under which a pension fund is exempt from paying tax on its investment income and capital gains, however a ten year transitional arrangement will be put in place for changes to capital gains.

The discounts will be abolished from 1 January 2014, taxpayers are advised to bring forward any HELP repayments or debt repayments before the deadline to benefit from the discount.

For the 2013/14 income year, non residents will pay a flat rate of 32.5 per cent on all taxable income up to $80,000. For taxable income exceeding $80,000, the marginal tax rates for non-residents is the same as those for resident individuals.

Proposed legislation to remove the capital gains tax discount for non-residents seems to be on schedule to be introduced in the final few weeks of Parliament. Additionally, non-residents will be subject to a non-final withholding tax of 10 per cent of the proceeds from the sale of certain taxable Australian property with effect from 1 July 2016.

Those individuals most likely to be affected are middle-income families and recipients of welfare payments.

The Government has announced that it will no longer be proceeding with last year’s Budget proposal to increase the maximum payment rate of Family Tax Benefit Part A (FTB Part A).

This will affect children aged 16 years and over and will commence from 1 January 2014. Furthermore, those who no longer qualify for FTB Part A may be eligible to receive Youth Allowance, subject to the usual eligibility requirements.

The Baby Bonus has been replaced with a means-tested payment as part of the FTB Part A from 1 March 2014.

The Government will increase FTB Part A payments to $2,000 to be paid in the year following the birth or adoption of a first child or each child in multiple births, and $1,000 for second or subsequent children.

The additional FTB Part A will be paid as an initial payment of $500 with the remainder payments made in seven fortnightly instalments.

Parents who take up the Paid Parental Leave (PPL) scheme will not be eligible for the additional FTB Part A component, but will receive benefits in terms of improved access to PPL as their family expands.

There have also been changes to the means test thresholds for eligible income support payments.

The threshold for individuals receiving social security benefits will increase from $62 per fortnight to $100 per fortnight from 20 March 2014 before their income support is reduced. It is planned that the threshold be indexed on an annual basis from 1 July 2015.

The Budget has introduced a number of measures intended to improve the integrity of the taxation system.

This will be achieved by increasing business tax compliance, closing loopholes, strengthening tax evasion systems and increasing the payment of tax instalments.

The ATO already conducts extensive data matching on employee income, interest, dividends, managed fund income and certain overseas income. This data matching has already provided the ATO with increased revenue and hence they are looking to expand it further.

The funding will establish new and strengthen existing reporting systems and will affect:

The ATO will have more resources than ever before to ensure that businesses remain compliant. This will put more pressure on small businesses to ensure that they are rigorous in their tax compliance and reporting requirements.

The Government has increased funding to the ATO to undertake compliance activity targeted at high wealth individual taxpayers who have been involved in tax avoidance and evasion using trust structures.

This is intended to reduce the regulatory costs and minimise the compliance burden for individuals and businesses.